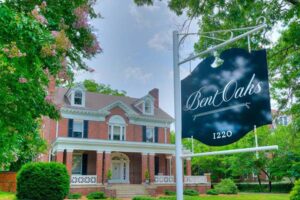 Part of the charm of living in Virginia is the rich history that surrounds us. The founding fathers and many of the first colonists who helped build the foundation of our nation lived in the very same cities and towns that we now occupy. If you are looking for a day trip or an interesting afternoon activity, start by exploring the history right next door!

Bent Oaks Manor was built in 1910. The prominent Boxley family-owned five family homes in the area between 1890 and 1920, and Bent Oaks Manor was a wedding present for one of the Boxley sons. Construction on the home began at the time of the marriage in 1909 and was completed before the couple’s return from a year-long honeymoon trip around the world. The Manor House, Carriage House, and Gardener’s Cabin are all original structures that have been restored. 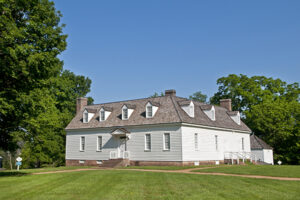 Smithfield is a historic site that brings together a wide span of our history as a nation. With roots in Colonial times and connections to George Washington, the American Revolution, Thomas Jefferson, Lewis & Clark, secession, emancipation, and the Civil War. A trip to Smithfield is a step into the past thanks to a wide range of events and classes offered throughout the year.

Sunnybrook is another Boxley home, built in 1918 by Robert Fox Boxley. Robert was a railroad pioneer, and Sunnybrook was constructed as a farm to rest mule teams for the railroad. Robert died before Sunnybrook Farm was completed, and Mrs. Boxley raised their five children on the farm. 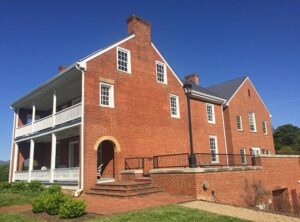 The Salem Museum is located in the 1845 Williams-Brown House. William C. Williams constructed a unique brick home and store on the eastern side of Salem, Virginia. Williams was an amateur builder with a favorable reputation who designed the first Roanoke County courthouse. Guided and self-guided tours allow you to explore the history of the house.

Grandin Village in Roanoke is made up of historic buildings that were built between 1901 and 1952. Many were built by Eubank and Caldwell and John A. Page. By 1929, 16 businesses were active in the area, and by 1970, that number doubled to 32. Some of those same businesses remain and many more have joined them, creating a vibrant community. 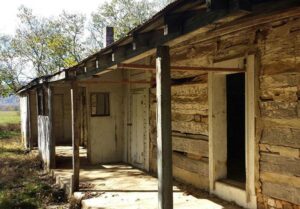 The Greenfield Kitchen and Quarters consist of two log buildings of exceptional significance that once stood at the center of the historic Greenfield property. The Greenfield plantation was established in the mid-1700s by Colonel William Preston. The kitchen and quarter were originally located behind the plantation house. The kitchen and slave quarters were required to be moved, and the buildings were moved fully intact, without damage to their historic structures, and were placed to preserve their precise directional orientation and special relationship. The buildings feature significant architectural features as well.

All it takes to travel back in time is a step right outside your door – explore historic Virginia!

The Reserve at Daleville is a wonderful escape from the ordinary. Experience extraordinary style, convenience, and resort-style amenities. Indulge yourself.

Keep up with the latest news & events at Daleville!